This more affordable cost of living will help when looking at the houses that are available in lesser-known places like Beavercreek and Bexley, or bigger cities like Cleveland and Cincinnati houses for sale. Ohio is a state that can have an area to live for everyone.

One of the lesser-known cities that is more affordable to live in Ohio is Beavercreek. The area has a population of around 46,000 people and is the second-largest suburb in Dayton.

There’s a wide range of housing options that you’ll find in the city. A wide range from custom-built homes to older neighbourhoods. The median home value is a very low $174,000, which makes it one of the most affordable places to live in the state of Ohio.

Not only are the housing options not only affordable, but everything else is affordable as well. Groceries and other important factors are less costly. These are important to work into your budget as well.

Another lesser-known city that’s more affordable is the town of Bexley. This suburb of Columbus is located just 17 minutes from the state’s capital.

Even though the city is close to the capital, Bexley only has 14,000 people in its population. The city has a type of vibe that you would expect from a small town. You can even walk down the main street of the town.

The cost of housing is slightly higher, but the pros outweigh the cons. Especially when you look at all the highly ranked public schools that Bexley has to offer.

Let us move on to more popular cities that are more affordable like Cleveland, home of the Cleveland Browns. Even though Cleveland’s popularity continues to grow, it still somehow remains one of Ohio’s most affordable cities.

Compared to the rest of the country, Cleveland’s cost of living is 22.9 per cent lower than the United States average. The median cost of housing ranges around $287,000.

The cost of living can vary depending on your budget, but it can also be looked at that your career and even your lifestyle are factors. Know your budget!

Cincinnati’s cost of living is eight per cent lower than the national average, which helps those living on a budget or are looking to save money. The quality of life is just as good as the more affordable prices.

All of this is important to take into account when you are looking for a place to live. The state of Ohio is one of the best to live in when it comes to affordability, but the city of Cincinnati should be one of your number one choices. 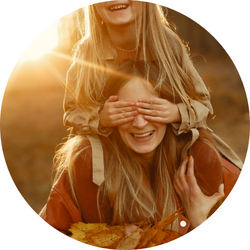 Welcome to www.theparentinginsider.com your place for tips and tricks for family life. We're happy to have you here.
Read More

This website uses cookies to improve your experience while you navigate through the website. Out of these, the cookies that are categorized as necessary are stored on your browser as they are essential for the working of basic functionalities of the website. We also use third-party cookies that help us analyze and understand how you use this website. These cookies will be stored in your browser only with your consent. You also have the option to opt-out of these cookies. But opting out of some of these cookies may affect your browsing experience.
Necessary Always Enabled
Necessary cookies are absolutely essential for the website to function properly. These cookies ensure basic functionalities and security features of the website, anonymously.
Functional
Functional cookies help to perform certain functionalities like sharing the content of the website on social media platforms, collect feedbacks, and other third-party features.
Performance
Performance cookies are used to understand and analyze the key performance indexes of the website which helps in delivering a better user experience for the visitors.
Analytics
Analytical cookies are used to understand how visitors interact with the website. These cookies help provide information on metrics the number of visitors, bounce rate, traffic source, etc.
Advertisement
Advertisement cookies are used to provide visitors with relevant ads and marketing campaigns. These cookies track visitors across websites and collect information to provide customized ads.
Others
Other uncategorized cookies are those that are being analyzed and have not been classified into a category as yet.
SAVE & ACCEPT